Coat of Arms and House Motto 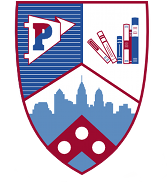 Habitare in Unum, meaning "to live together as one," describes the special strength of Hill College House because of its unique architecture and lively spirit.

Hill College House is an internationally recognized architectural landmark. It was designed in 1958 by Eero Saarinen, who designed, among other buildings, the St. Louis Arch, the Kennedy Airport in New York and Dulles Airport in Washington, D.C. Hill's rough brick surfaces and medieval appearance, complete with "drawbridge," reflect Saarinen's rejection of the Machine Age aesthetic adopted by earlier twentieth-century architects.

The living spaces in Hill are built around a spacious atrium that overlooks the Dining Commons and is surrounded by sixteen suite lounges that look out over the central court. In 1965, it was renamed to honor Robert C. Hill, a Wharton graduate (Class of 1889) and Penn trustee, whose generous bequest led to the purchase of the land on which Hill College House now stands.

In 1978, Hill House became the home of N.C. Wyeth’s painting "An Apotheosis of Franklin." It was originally painted in 1925 for the Franklin Savings Bank in New York City; today it covers 480 square feet of the court’s south wall. The "Apotheosis" depicts the founder of the University of Pennsylvania, Benjamin Franklin, with nineteen other historic figures in front of Independence Hall in Philadelphia.

Hill was originally designed to be a women’s dormitory. The drawbridge, moat, and spiked-fence motif outside were intended to keep men out. Today, Hill is co-ed and with almost 500 residents, it is one of Penn's largest college houses. 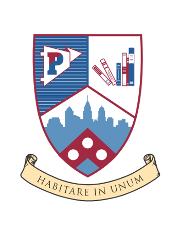